Sportsbooks Think The Cardinals Will Fly Past The Lions

As 12-point underdogs, the 1-11-1 Lions are looking to play spoiler against Kyler Murray's squad 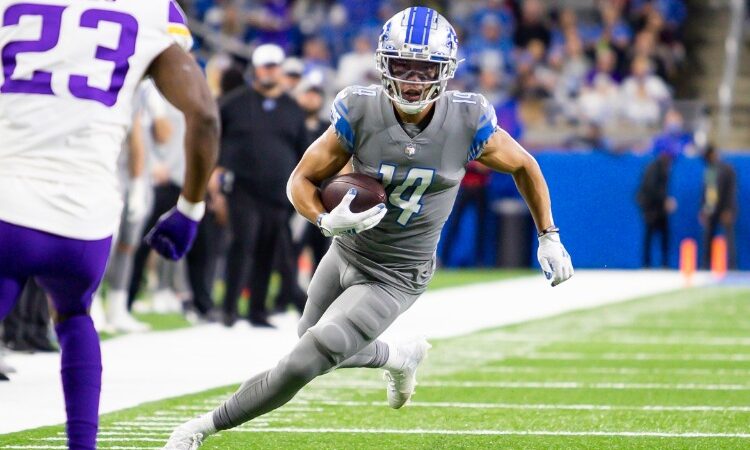 Another week, another tough draw for the Lions, as they’re home this week to tangle with the Arizona Cardinals. Michigan sportsbooks aren’t exactly on Team Roar this week, installing the Lions as +525 underdogs (at BetMGM) and 12-point underdogs at +100 (at FanDuel).

The Lions, fresh off a 38-10 loss in Denver, come into this game bruised and battered. T.J. Hockenson had thumb surgery and is out for the year, and D’Andre Swift isn’t expected back on Sunday, having not practiced yet this week due to his shoulder injury.

Quite frankly — and assuming Dan Campbell’s job is secure (it should be, as it’s clear the team plays hard for him) — bringing Swift back this year doesn’t seem like the hottest idea. After all, the Lions are -250 “favorites” at DraftKings to finish the season with the fewest wins (the Houston Texans are next, at +275).

And the Lions, in addition to their own draft pick — presumed to be the first one, with Oregon edge rusher Kayvon Thibodeaux a near-lock to be the No. 1 pick — also hold the Los Angeles Rams’ top pick, where the Lions are widely expected to grab a late-first-round quarterback. Point being, the team is mathematically eliminated from playoff contention (duh) and risking the health of their most explosive playmaker seems … foolhardy.

Meanwhile, there’s still a game to play, and if the Lions have any hope of competing, it’s probably going to be through the arm of Jared Goff and the hands of Amon-Ra St. Brown, who has looked like a true stud over the last two weeks, with 18 catches (on 24 targets) for 159 yards and a score.

As of this writing, sportsbooks haven’t posted player props for this game, as well as for most others, probably due to the COVID uncertainty. But when they drop, if St. Brown’s receptions prop is 5.5 or lower, and if his yardage prop is 64.5 or lower, both look good for betting overs.

As for Goff? Pass attempts seem like a good idea. Anything over 32 would be attackable.

One major point to keep in mind: The Lions have been a tough out, as they have an 8-5 record against the spread, tied for fifth-best in the league. And the Cardinals are traveling after a short week. And DeAndre Hopkins is out.

Best teams against the spread this season:

Maybe those 12 points are too many, all things considered.

Or, if you really think the Lions are going to keep this one close, some books offer alternate spreads. For instance, you can get the Lions at +7.5 on FOX Bet for +160.