Fresh Off Their First Win, The Lions Head To Denver As Underdogs

Off a thrilling, last-second victory over the Vikings, Detroit is +370 to make it two in a row 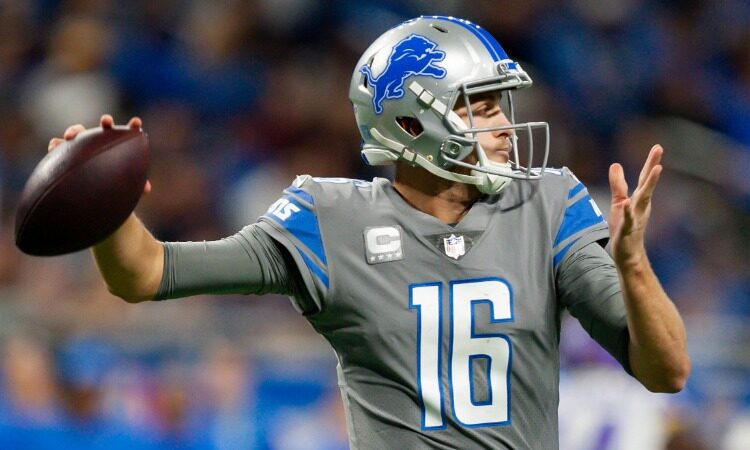 And just like that, the Detroit Lions won’t finish the season without a win.

A thrilling, last-second victory over the Minnesota Vikings got the job done for this team.

It also produced the best song ever recorded, courtesy of Gmac Cash. (See the video below, but please note it is NSFW.)

“Because the Lions won a game …” Yeah. Good luck getting that tune out of your head for the remainder of the day.

Of course, the Lions won’t be “going all the way,” unless … well, unless these (literally) 35 things happen to get them into the playoffs, including a tie this week between the Panthers and Falcons. Dare to dream.

But do know this: Despite being 1-10-1, the Lions have played tough and gritty all season long.

Fact is, the Lions are the fifth best team in the NFL … at covering the spread posted by the sportsbooks, heading into this weekend’s game in Denver with an 8-4 ATS record.

And with Detroit a 10-point underdog (best bang for the buck there is at Barstool Michigan, BetRivers Sportsbook Michigan, and TwinSpires all at +100), there is certainly plenty of runway to boost that number to 9-4.

And if you think the Lions are going to do their part in the 35-step plan and win the game outright, the best moneyline odds are at WynnBET Michigan Sportsbook, where Detroit can be had for +370.

On the field, the Lions have three immediate issues: One, there is certainly the potential of this being a letdown spot after their home victory against their longtime rivals.

Secondly, going to Mile High anytime is tough sledding, and it’s not going to be any easier in December, although temperatures are expected to be in the low 60s at kickoff.

And lastly? The Broncos are an objectively better team, and might be a lot better if they let Javonte Williams carry the running back load after torching the Chiefs for 178 all-purpose yards last week. The Lions’ run defense is certainly not fearsome, and a Williams-centric game plan for Denver could prove troublesome.

Javonte Williams every time he touches the ball 💪 pic.twitter.com/nwB683LBYg

On the Lions’ side of the ball, the team is expected to be without D’Andre Swift again, leading to a three-headed backfield of Jamaal Williams, Godwin Igwebuike, and Jermar Jefferson.

On the receiving side, Amon-Ra St. Brown and Josh Reynolds have separated themselves from the pack and are the clear top options for Jared Goff on the outside. While props for the two haven’t come in yet, they are expected to be low, mostly due to Jared Goff’s 215.5 passing yardage prop (the over is +105 at Caesars Sportsbook Michigan).

If you think, however, that Goff and the Lions are going to find success through the air, Goff’s touchdown prop — over 1.5 — can be had at +170 on Caesars.

Of course, if you think the Lions are going to get 35 things right and make the playoffs, you can still get them at +100000 to win the Super Bowl on DraftKings Michigan. (Do not do that.)