The Detroit Lions Have Been Sleeping For The Past 64 Years, And The Nap Continues 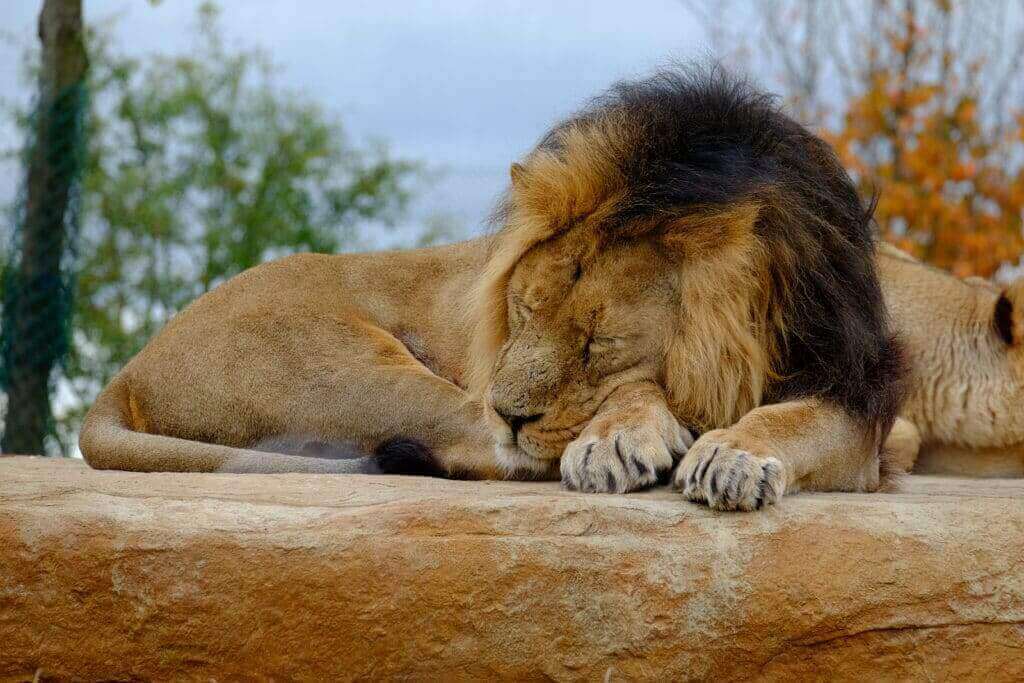 If there was ever a fan base that could use a week off, it’s Detroit Lions boosters.

Of course, this is a team with one playoff victory in — gulp — 64 years, so anytime they have a chance to take a breather, you know, amen.

And last week’s home blowout loss to the Eagles — a game that plenty of prognosticators thought the Lions could win — just served as a sad reminder this team is not yet ready for prime time.

Only bright side last week? A co-worker of this author thought the Lions would win. I thought otherwise. He lost, and as a result had to produce the following. Enjoy (?):

Onward and upward. Let’s see what the sportsbooks have on tap for the rest of the season for your 0-8 Lions.

Who wants to be a millionaire?

Now, obviously, those are probably terrible odds. Play out the rest of the season 6,000 times, and I’m pretty confident the Lions don’t pull off the impossible.

But if they do, you’d pocket $1,002,000, making yourself an instant millionaire. Congrats.

The Detroit Lions are celebrating Halloween by dressing up as a professional football team. pic.twitter.com/nPo6oGJiCb

Here are more outlandish bets you could make: To win the NFC North, the Lions are +100000 on BetMGM, and +2000 — maybe the worst bet on the board — to make the playoffs at BetRivers.

Do you think D’Andre Swift is going to have the biggest second half in the history of the NFL? If so, you can get him at +20000 to be named the AP Offensive Player of the Year at PointsBet. You can also get him at +5000 on FanDuel to have the most rushing touchdowns. (He currently has three, a mere seven off the pace.)

Maybe the best individual bet is Jared Goff to throw the most interceptions. He’s tossed six so far, with Pat Mahomes “leading” the league with 10. Goff is +3500 on FanDuel.

Looking for the first win

Looking ahead to next week, the Lions are visiting the Steelers, and they are already 8.5-point underdogs on Caesars and DraftKings, and +350 on the moneyline at FanDuel.

And if you think they will beat the Steelers … well, FanDuel is the place to make that wager today.

Why? Well, because DraftKings has a very interesting prop bet, allowing you to pick which team the Lions will defeat for their first win. It lists the Steelers at +300, compared to FanDuel’s +350 for the game itself.

But looking ahead … this market might be ripe for the picking.

Doing a little math here, if you think the Lions lose the next three games — but think they will win eventually — you can cover the board and guarantee a profit. (Or hedge, as the Lions are +450 to not win a single game over at BetMGM.)

But of all the ways you can bet on the future of the Lions, the single best bet might be at DraftKings, where the 2022 NFL Draft market is up and running.

The Lions are (obviously) very much in the running for the first draft pick, and I’ve yet to find a mock draft that doesn’t have Oregon edge rusher Kayvon Thibodeaux going No. 1. He’s at -110 to get that honor, and unless strange things happen, that number will probably be closer to -1000 by draft day.