Can The Lions Finally Break On Through To The W Column?

The 0-5 Lions have been unlucky so far, but a home tilt against Cincy sees them a live moneyline 'dog 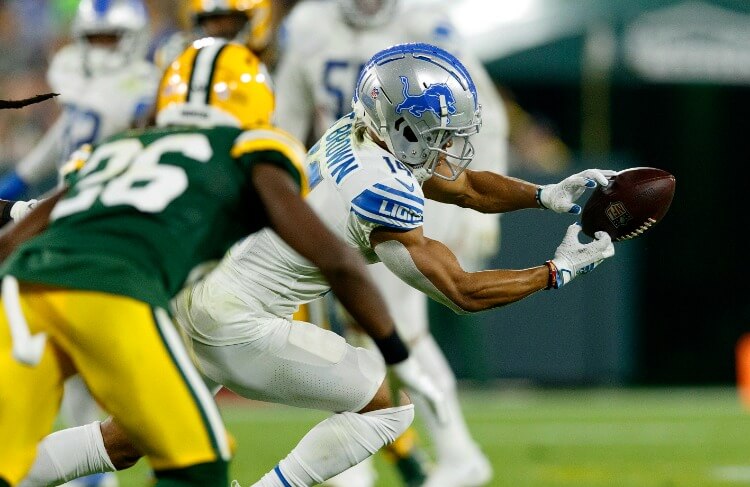 Is there an NFL franchise more snakebit (kneecap bit?) than the Lions? Talk about a rough start to the season.

Well, the bottom pulled a “hold my beer” last week as the Lions battled back to take a late lead against the Minnesota Vikings, only to see Kirk Cousins march the Vikes down the field with 33 seconds on the clock and the ball at their own 18-yard line, culminating in a Greg Joseph 54-yard game-winning field goal.

Now the 0-5 Lions host the 3-2 Cincinnati Bengals, and per usual, the Michigan sportsbooks aren’t exactly enamored with the home team, with the best odds on the moneyline over at FanDuel Sportsbook Michigan and WynnBET Michigan Sportsbook at +160. The Lions are 3.5-point underdogs, with -110 odds being offered at Barstool and WynnBET. Lastly, the over/under is sitting at 47, with Caesars Sportsbook offering the over at -110 and BetMGM the under at -105.

So … can the Lions finally break on through to the winning side?

Listen: The Lions could easily be 2-3, and could be even better if their offense did anything in the first half of games — they’ve only scored 33 first half points so far this year, including being shut out twice over the first 30 minutes.

And while longtime readers of this space will note the following is broken-recordish, the coaching staff just needs to turn D’Andre Swift into Alvin Kamara north. He is the most explosive player on the roster — one of the most explosive players in the game — and the team needs to get the ball in his hands 20 times a game at minimum, a number he’s hit only once so far this year.

As of this writing, Swift’s player props have yet to be posted. He’s technically “questionable” with a groin injury, but is widely expected to suit up. Worth watching is his rushing-plus-receiving yards prop; right now, he’s averaging 88.4 yards per game. If you think this is the week they finally hand the offense over to Swift, any number over 88 is looking like a +EV wager.

Another prop to look at is Jared Goff’s passing yardage, which is set at 254.5 at -115 across the board. If you think the Bengals race out to an early lead behind Joe Burrow and company, then Goff should be spending the majority of the afternoon chucking the ball around.

Of course, a good question to ask is “Who exactly will be catching the ball?” as the Lions are bereft of both talent and bodies at the wide receiver position. For those of you feeling frisky, Amon-Ra St. Brown’s over/under on yardage is at 52.5, with Caesars offering -110 on the over, and Kalif Raymond’s number is sitting at 41.5, at -115 across the board. If forced to choose one, St. Brown would be the choice.