Lions Hoping To Avoid Another Groundhog Day This Thanksgiving 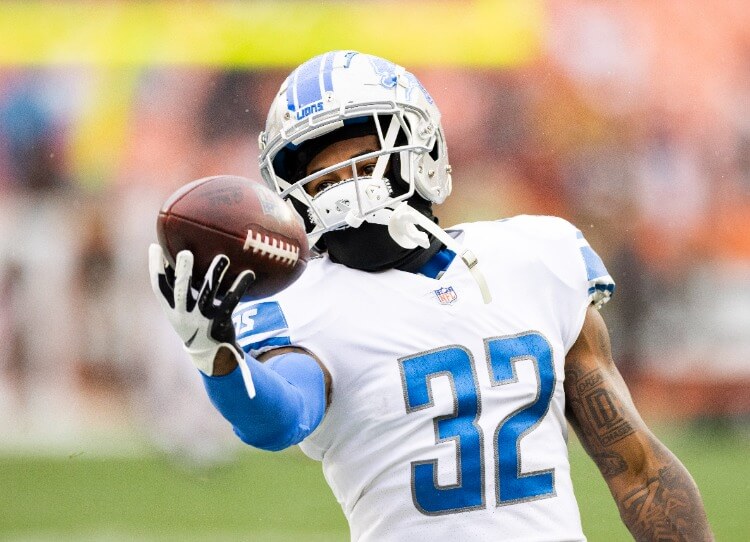 There is a definite Groundhog Day vibe surrounding the Lions these days.

Wake up, listen to Sonny and Cher, play some football, die (well, lose), wake up, and do it all over again.

What the Lions need, in a big way, is to punch Ned Ryerson smack in the face to start to break this sorry chain of events.

Last week, it was a new quarterback and the same result: another loss, dropping the Lions to 0-9-1. Saddest part? They actually could’ve won this game a dozen different times, but … they didn’t. D’Andre Swift managed 136 yards on only 14 carries, but Tim Boyle went out and Tim Boyle’d things, passing for 77 (!) yards on 23 (!) attempts and adding two interceptions to boot, leading to a 13-10 loss to the Cleveland Browns.

But onward and upward to this week’s Turkey Day tilt against the Chicago Bears, where hope springs eternal. And why is that? Because the Lions are 37-42-2 on Thanksgiving throughout their history, good for a .468 winning percentage, which not quite dwarfs the team’s overall historical winning percentage of .455.

But really: a home tilt against the Bears? That’s a winnable game, and even the sportsbooks are giving the Lions a puncher’s chance here, with the moneyline at +145 on BetMGM and the Lions “only” getting three points as home underdogs at -105 at Golden Nugget and WynnBET.

The over-under for this Thanksgiving battle — which is looking like a Jared Goff vs. Andy Dalton affair, assuming Goff’s oblique is O(bl)K — is sitting at 41.5, with the over at -105 at BetMGM, and the under at -105 at FOX Bet and FanDuel.

Truly: For the Lions to win this game, D’Andre Swift has to have the ball. A lot. Like all the time. Put him behind center, why not?

On the other side of the ball: The Lions defense is giving up the sixth most yards per game, but to the unit’s credit, it has held the Steelers and Browns to 29 combined points over the last two weeks. This is not a defense that has quit, and clearly, an Andy Dalton-led operation isn’t scaring anyone.

Looking at some player props — OK, fine, looking at some D’Andre Swift props — his receiving yards number is over 32.5 at -117 at Barstool, BetRivers, and TwinSpires. His rushing yards prop is over 62.5 at the same books at -115, and his total rushing-plus-receiving yards number is at 102.5 at -110 on the over at Caesars. He’s surpassed that number both times since Dan Campbell has taken over play-calling duties, and in six out 10 games overall.

D'Andre Swift had some fun runs in Week 10 pic.twitter.com/BtPiqYzaHx

Swift is also -115 to score a Thanksgiving touchdown at BetMGM.

But perhaps the best bet on the board for Lions boosters is in the DraftKings 2022 draft market, where Kayvon Thibodeaux, the Oregon edge rusher and every mock drafter’s current No. 1 pick, is at -110 to go first. The Lions obviously need a quarterback, but the class is relatively deep (if not all that talented) and it’s easy to see the Lions shoring up their defense at the top of the draft and getting a quarterback with their other first-round pick (from the Rams) later in the round.