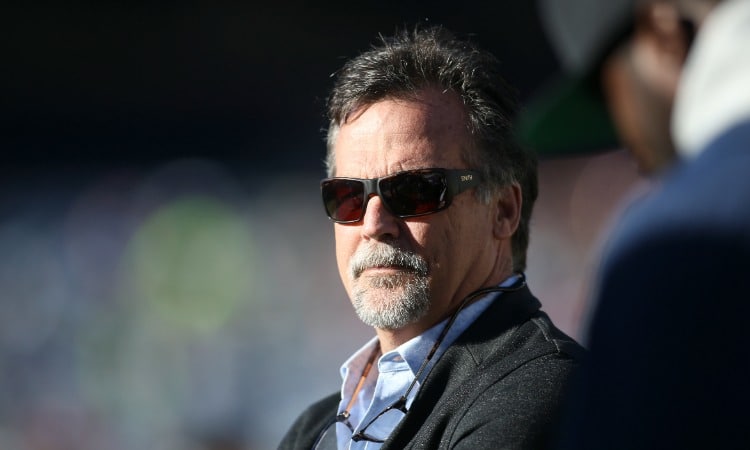 Those are the words of Jeff Fisher, the newly minted head coach of the Michigan Panthers of the USFL, on why he’s decided to come back to coaching after being out of football since 2016, when he was fired by the Los Angeles Rams.

Now Fisher doesn’t come to the USFL without any baggage; after all, he’s tied with Dan Reeves for the most regular season losses by a head coach (164) in the history of the NFL.

But he also rebuilt the Houston Oilers/Tennessee Titans franchise in the 17 years he coached there, leading the team to one Super Bowl appearance and six total trips to the playoffs.

Fisher’s time with the Rams was disappointing, and he’s spent a lot of time fishing — apparently — for the last few years.

"You can leave for 15 minutes during the telecast, but … you'll miss 2 or 3 touchdowns."

Coach Fisher is excited to hang up the fishing rod and get back to high-octane football 🏈 pic.twitter.com/FsmJoMXnnN

But he’s back, and he’s easily the biggest fish the USFL has caught in its head coaching announcements.

While rosters have yet to be set, and even though all the debut season’s games will be played in Birmingham, Alabama, and even though no one really knows what kind of product this is going to be, know this: The Michigan Panthers have already seemingly captured the hearts of plenty of football fans in Michigan, as the team has more followers on Twitter than any other franchise so far.

Everyone wants to join the claw 🐾 Proud to be a Panther. pic.twitter.com/jlGywFnGqa

Of course, the USFL’s comeback is not — mixed metaphors aside — a slam dunk. Recent spring football leagues — namely the XFL and AAF — weren’t even able to finish their inaugural seasons.

Back when the league was first announced, Jay Kornegay, the vice president of race and sportsbook operations at the Westgate Superbook, told sister site Penn Bets that “in the past, these leagues have struggled to get traction at the betting counter.”

A few months later, he was asked again. Hope springs eternal and all.

“Just based off history, it’s still going to be a tough sell,” he said. “Getting some recognizable names, isolation of games, where they’re not competing against other major sports, would be something I would try to do.”

The league will be assigning players to teams on Feb. 22, and if they’re smart, they’ll try to geographically match at least some players with the teams they’ll be playing for.

Another potential reason why bettors might flock to the USFL?

The first game, between the New Jersey Generals and Birmingham Stallions, kicks off at 7:30 p.m. Saturday, April 16, to be broadcast both on FOX and NBC. While the NBA playoffs will be happening, it’s possible the MLB won’t get its labor situation in order by then. The USFL might be the only alternative to the NBA at that point.

And if the football is half-decent, and if a few eyeballs tune in, plenty of folks might be taking the Panthers and giving the points by early May.

At the very least, it beats fishing.