A Pair Of Suspected Storefront Casinos Crap Out In Lansing

Assisted by the Michigan Gaming Control Board, the local police doubled down on lawbreakers 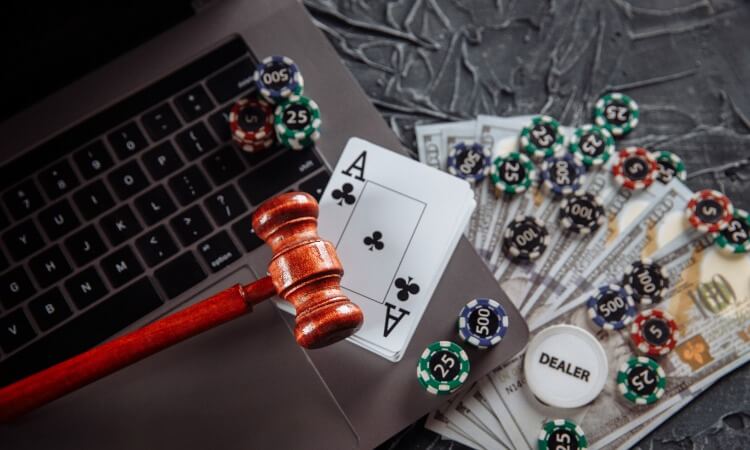 Note to would-be bootleg casino operators: The Michigan Gaming Control Board (MGCB) and the Michigan Department of Attorney General are going to make sure you come up cherry, bar, seven.

Case in point? The two state offices — along with the Lansing police department — recently took down a pair of alleged storefront casinos in Lansing, according to an MGCB press release. One was on Feb. 28 at Bourbon Street in the Logan Square Shopping Center on the 3000 block of South Martin Luther King Blvd., and the second search warrant was executed March 4 at 777 Games of Skill on the 5000 block of South Cedar Street.

“The MGCB is committed to helping communities statewide remove illegal gambling machines, and we are happy to support the Lansing Police Department in this investigation,” Henry Williams, executive director of the MGCB, said in the release.

At the Logan Square location, police said there were 28 full-size slot machines, one virtual blackjack table, and other casino-style games. There were 62 machines, and all were removed from the store. At 777 Games of Skill — objectively a terrible name for an illegal casino — there were 13 full-size slot machines and seven other gambling games. In total, 82 machines were taken away along with over $91,000 in suspected gambling proceeds, according to the release.

“Unregulated, illegal gambling operations in Lansing invite crime into our neighborhoods and business corridors,” Lansing Mayor Andy Schor said. “We are doing all we can to identify these illegal establishments and shut them down permanently. I am thankful for the efforts of the Michigan Gaming Control Board, the Attorney General, and other state agencies in working with the Lansing Police Department to shut down these illegal operations and keep our residents safe.”

Not the first go-around

This is the second time the Logan Square Shopping Center has been at the center of a suspected illegal gambling operation; in July 2018, according to the release, a Lansing woman was sentenced to jail and four others pled guilty to running an illegal casino at a store there.

The MGCB publishes a fact sheet about Michigan law and a second fact sheet on unregulated machines used for illegal gambling. Furthermore, Michigan residents are encouraged to report any suspicious or illegal gambling activity by calling the MGCB’s 24-hour anonymous tip line at 888-314-2682.