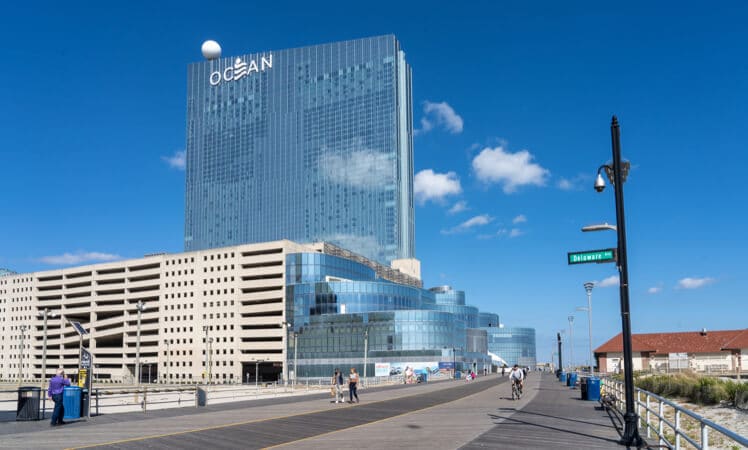 Mention “the Ilitch family” and the first thing anyone thinks of is Detroit — whether for ownership of the Little Caesars pizza company, Little Caesars Arena, the Tigers or the Red Wings professional sports franchises, or Motor City Casino Hotel.

But the family’s reach is extending. Not only has the Ilitch family been approved this week to gain a 50% share of the Ocean Casino Resort in Atlantic City, N.J., but a high-ranking executive with Ilitch Holdings testified before New Jersey regulators that it’s not the only such site the company considered.

“We are looking for an opportunity to grow, and we looked at many different properties, but we didn’t find one outside of Ocean that has this kind of potential,” Motor City Casino President David Dall told the New Jersey Casino Control Commission on Wednesday.

What’s more, Dall said Ilitch Holdings’ interest in the Boardwalk gambling den dates back all the way to 2014.

That’s when a casino called Revel, a $2.4 billion facility that opened in 2012, closed its doors for good after a second bankruptcy.

The sheer size of the property intrigued potential takeover bidders, but Dall said that “given the real estate taxes and the utility costs, it was a non-starter” at the time.

“It was a phenomenal property — all they needed was solid management,” Dall said.

Second time is the charm

Fast-forward four years to mid-2018, and the Revel site was reborn as Ocean Resort Casino. But even after massive renovations — and a reconfigured naming order — the property got off to a rocky start.

Enter Luxor Capital, a Manhattan-based hedge fund that took control of the property in early 2019. Luxor made a number of basic upgrades, including finally installing elevator banks that allowed hotel guests direct access to the casino — one of numerous missteps cited as factors in Revel’s demise.

Ocean climbed from sixth of the nine Atlantic City casinos in revenue in 2019 to third in 2020 and remains in third place so far in 2021. The casino also has maintained a gross operating profit in every month of this year.

So when Luxor began looking for a strategic partner almost two years ago, Ilitch Holdings executives noticed that under Glebocki, the direction of the casino’s bottom line was going very much in the right direction. Ilitch Holdings’ interest in the property was disclosed in April, and it took until this week for New Jersey regulators — known as the strictest in the country — to give the go-ahead.

While Detroit and Atlantic City might not seem to have a lot in common, an Ilitch Holdings executive said the new addition could appeal to the company’s existing customer base.

Motor City Casino executive John Policicchio told regulators that the casino began receiving phone calls from loyal visitors as soon as word got out six months ago, with questions about possible deals to visit the company’s pending Atlantic City property.

One of the biggest challenges that all Atlantic City casinos face is the issue of seasonality. There’s hardly a spare hotel room to be found all summer, but relatively little visitation in the January-February-March offseason.

“I do believe there is an opportunity there, because the weather [in the winter] is way worse in Detroit,” Policicchio said. “An escape to the East Coast probably is a good idea.”

As for further expansion for Ilitch Holdings in gaming, however, Dall said that “the casino sale market has slowed down since the pandemic, so we don’t anticipate [buying] anything else in the next year.”