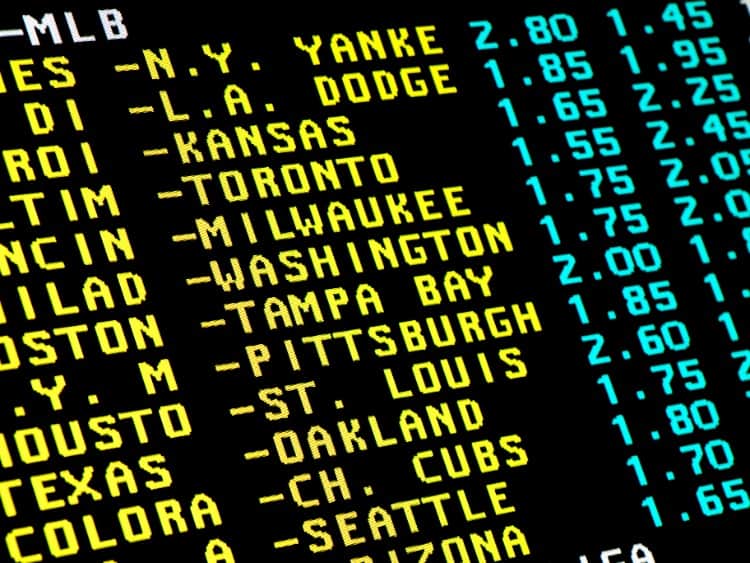 There’s a great scene in Goodfellas — well, they’re all great scenes, but still — where Henry Hill, as played by Ray Liotta, is in the shower one morning, listening to 1010 WINS news radio out of New York, and the anchor starts the top of the hour newscast detailing the “daring pre-dawn raid of the Lufthansa cargo terminal at Kennedy Airport.”

Of course, this raid was a heist, and the heist was pulled off by Robert DeNiro’s Jimmy Conway, Hill’s buddy, and the way Liotta played the reaction to the news — pure joy, slapping the shower walls, screaming “Jimmy!” — is just a sight to behold. It’s not that Hill doubted Conway would pull it off, but it was such a big job — a would-be game-changer for the crew — the fact that he did pull it off sent Hill into exuberant elation.

Now replace “shower” with “car” and “multi-million-dollar heist” with “the U.S. Supreme Court overturning PASPA” and you’ll have some idea of how former Michigan Rep. Brandt Iden felt when his radio told him the news.

“I was sitting in my car, listening to it on some XM channel that had SCOTUS, and they announce what’s happening, and I’m going nuts,” Iden recalled. “I’m calling my buddies, saying ‘Wow, this is really going to happen.’ It was a good day.”

Iden — who now works for Sportradar as its head of U.S. government affairs — was an early (and often) champion of the idea of bringing sports betting to Michigan. In fact, even before the PASPA ruling, Iden had crafted a bill that would allow sports betting should the federal ban ever be dropped.

And in one of those unfortunate events that ended up being a blessing, the bill passed the legislature after PASPA was repealed, but it was vetoed by outgoing Gov. Rick Snyder.

“The original bill was just an iGaming bill, and the iGaming bill that we had was vetoed,” Iden said. “It had two sentences about sports betting, and it basically said should PASPA be repealed and sports betting be allowed, the Michigan Gaming Control Board (MGCB) would have the ability to regulate it. And that’s all it said.”

Translation: If that bill wasn’t vetoed, the MGCB would’ve crafted all the rules and regulations concerning sports betting in Michigan, including simply not allowing it.

“The first veto allowed us to move forward and put a more robust package together,” Iden said. “If the first bill had gone through, it would’ve been totally left up to the gaming control board. We ended up with a better bill because of the veto.”

And the only reason the bill was vetoed was because the governor’s office doubted Iden’s ability to get the gaming bill passed in the first place. This irked Iden.

“The governor, who I was close with, he called, he was on his way out, and there were thousands of bills that were on his desk as happens during these lame duck transitions, and I remember talking to staff and him and others and they said, ‘You know what, Iden? We didn’t spend any time figuring out how this is going to affect the lottery, we have no idea what this bill does, none of us thought you could get it done, so we didn’t focus on this,’” Iden recalled. “I was not pleased.”

“That was a crazy time, that year between the first veto and when the bill actually got signed,” Iden said. “It was one of the most trying legislative times I had. I was up against the shot clock of being term limited myself.”

And while Iden has many memories of his time in the legislature, and getting this bill passed was clearly his biggest victory, one thing is for certain: He’ll never forget that day in May, listening to the radio, when he may or may not have been slapping the roof of his car when he first heard the news.