In a letter, the tribes say outgoing President Donald Trump put his thumb on the scale 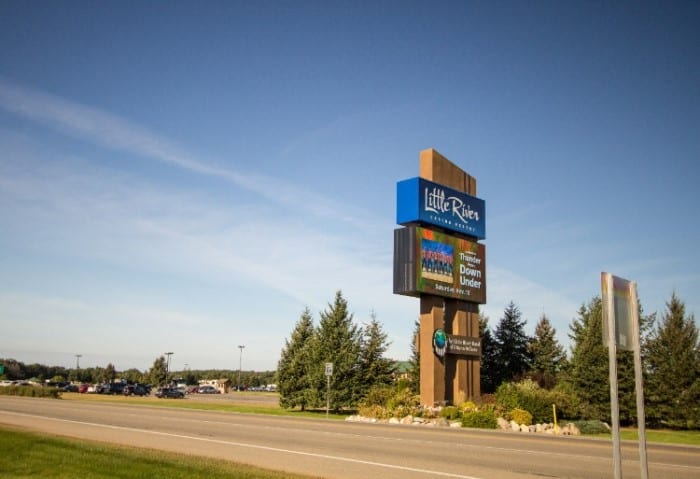 Did outgoing President Donald Trump put the squeeze on the U.S. Department of the Interior to give the OK to an off-reservation Indian casino in Muskegon County in an effort to upset Gov. Gretchen Whitmer and sow discord among the tribes, the Detroit casinos, and virtually all of Michigan?

Yes, according to a letter sent and signed by three different tribes to Mark Lee Greenblatt, the current inspector general of the Department of the Interior. The letter claims the proposed casino by the Little River Band of Ottawa Indians had been rushed through the federal government process in an attempt to tick off Whitmer, The Detroit News recently reported.

“We believe that this approval was driven by politics and a cynical attempt to politically harm Governor Whitmer because she was a fierce critic of President Trump and campaigned aggressively against his reelection in a state critically important to … Trump’s re-election campaign,” wrote Bob Peters, chairman of the Match-E-Be-Nash-She-Wish Band of Pottawatomi Indians; Jamie Stuck, chairman of the Nottawaseppi Huron Band of the Potawatomi; and Tim Davis, chief of the Saginaw Chippewa Indian Tribe.

The letter goes on to say that the decision to OK the casino — which is located on land owned by the Little River Band of Ottawa Indians, but is 92 miles off the reservation — was made to “create enormous controversy in the state of Michigan and in particular to Democratic Governor Gretchen Whitmer.”

The casino project, which has been percolating for more than 10 years, now awaits approval from Whitmer. If she gives the project the go-ahead, she’ll upset the Detroit casinos, while pleasing most of western Michigan, according to the report.

Meanwhile, a spokesman for the Little River Band of Ottawa Indians said, in so many words, pish-posh.

“This is nothing more than a desperate legal maneuver by these tribes to stop 3,000 jobs and future economic development from coming to Muskegon County,” Tom Shields, a spokesman for the tribe, said.

The proposed casino, which would be in Fruitport Township, was given the OK Dec. 16 by Tara Sweeney, the assistant secretary of Indian affairs under Trump. According to The Detroit News’ report, the federal Indian Gaming Regulatory Act “generally bans gaming activities on lands acquired in trust unless the secretary of Indian affairs in the Interior Department determines a project is in the best interest of the tribe and would not be detrimental to the surrounding community.”

“The record reflects the proposed project will generate increases in economic activity directly and indirectly, and will create employment opportunities for the surrounding community,” Sweeney wrote of her decision.

Under the law, Whitmer has a year from the time Sweeney approved the project to yay or nay it.