Enjoy It While It Lasts: Pre-Season NFL Betting Options For The Detroit Lions Optimist 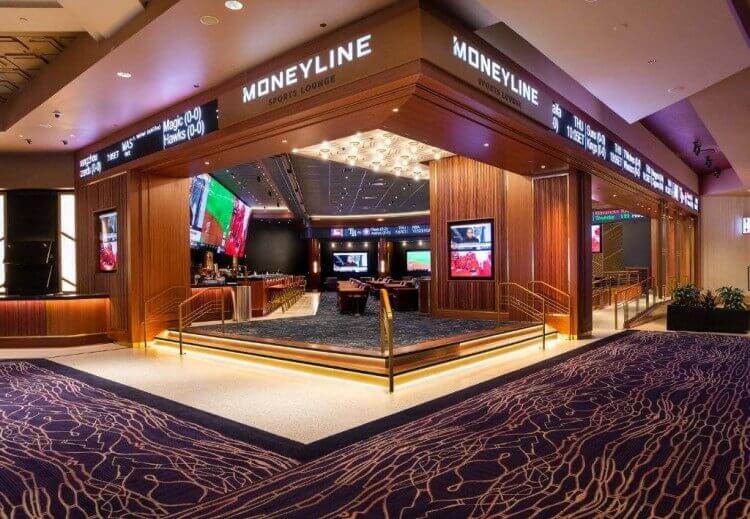 Sports bettors in the Wolverine State could be forgiven for letting the 2020-21 NFL season, which begins in less than two weeks, sneak up on them. Between the ongoing disruption to normal life caused by the COVID-19 pandemic, the NFL’s related decision to forego preseason games due to health concerns, and the dearth of local teams on the board at casino sportsbooks, it can be difficult for Michigan sports fans to tell up from down, left from right, or yesterday from today.

Well, snap out of it, because NFL Week One begins Sept. 9, and the Lions play their first game at home against the Chicago Bears the following Sunday. Now is the time to figure out those season-long futures bets.

In a perfect world, mobile sports gambling, which Michigan lawmakers legalized in December 2019, would have already launched and bettors would be able to place their wagers remotely from anywhere inside state lines. That day is not upon us quite yet, but state regulators appear optimistic that online betting could become available in late 2020 or early 2021 — hopefully in time to put some money on the Lions.

In the meantime, retail sportsbooks are open at Detroit’s three commercial casinos and at tribal casinos in western and northern Michigan. Most Michiganders aren’t more than a couple hours’ drive away from being able to take a leap of faith on those juicy 80-to-1 odds on the Lions to win the Super Bowl.

Even though oddsmakers still see the Lions as the least likely among the four NFC North teams to win the division, NFL analysts have been buzzing about Detroit’s dark horse chances to exceed expectations this season.

Going back through all of Matthew Stafford's completions from last year, and there is so much fun stuff happening. The Lions' offense was genuinely thrilling before he got hurt. It's … confusing.

According to this line of thought, the Lions were better than their dismal 3-12-1 record last season and have a strong chance to rebound this year. The biggest factor in the franchise’s 2019 swoon, of course, was a season-ending injury to quarterback Matthew Stafford, who missed the last eight games of the season to recover from fractured bones in his back. Detroit was 3-4-1 with Stafford and 0-8 without him.

In addition to Stafford’s injury, last year’s Lions also appeared to be just plain unlucky. Detroit was 3-8-1 in games decided by one touchdown or less, and if the team regresses upward to the expected 50-50 outcome of most close games, that could add several wins to this season’s ledger.

Oddsmakers at Michigan sportsbooks appear to agree, setting the team’s over/under for wins at 6.5 or 7. The books offering the lower, 6.5-game line — like BetMGM and BetRivers, available at the MGM Grand Detroit and the Little River Casino Resort in Manistee, respectively — take a slightly higher vig on the over, with odds around -140 while offering between +115 and +120 on the under. The 7-win line — available through FanDuel, which operates the sportsbook at MotorCity Casino Hotel in Detroit — has been set at -115 for the over and -105 for the under.

As always, it makes sense to shop around for the best odds, assuming you don’t mind driving the extra distance to place a better-value bet. The Lions’ odds of winning Super Bowl LV range from +6000 at BetRivers to +8000 at BetMGM. Sportsbooks are offering between +3000 and +4000 for the team to win the NFC championship, from +500 to +600 to win the division, and from +240 to +280 to make the playoffs.

If the Lions live up to their preseason sleeper hype, it will probably be because their air attack takes them there. When ESPN released its ranking of the top 100 NFL players this week, the only Detroit players to make the list were Stafford and wide receiver Kenny Golladay. During the eight games Stafford played last season, the quarterback and receivers Golladay and Marvin Jones appeared to be thriving under a more aggressive, downfield-passing system helmed by first-year offensive coordinator Darrell Bevell.

If the Lions’ first-string offense can remain healthy this season, players like Stafford, Golladay, and Jones could pay off for bettors interested in season-long futures bets.

The season-long sweat, of course, will come from bettors needing Stafford, Golladay, and Jones to stay healthy while performing up to or exceeding expectations. Before last year, Stafford hadn’t missed a regular-season game since 2010, so as long as he returns with a freshly healed back, he should be a strong candidate to remain on the field. The NFL has opted against conducting its season inside an NBA-style bubble to mitigate the risk of COVID-19 infection, so players who miss games while under quarantine after close contact with or contracting the novel coronavirus could spell doom for futures bettors.

And if injury or COVID-19 don’t mar the seasons of Stafford, Golladay, or Jones, there’s still the risk that Lions head coach Matt Patricia — the former New England Patriots defensive coordinator with a reputed affinity for ground-bound, run-heavy offenses — won’t let Stafford and the Lions’ receivers play to their full potential.

“Everything is going to go back to running the ball because that’s what he, in his mindset, thinks is the right way to play football,” said Nate Tice, former offensive quality control coach for the Oakland Raiders on the Athletic Football Show. “It’s just that defensive coach mindset that some guys just can’t let go of. And maybe he can. Maybe this year he does let it go and they let it rip and they’re chucking it 40 times.”

So hope the Michigamblers who want to hit on that 33-to-1 longshot that Marvin Jones will lead the NFL in touchdown receptions.