The outlook for the 2021 Detroit Tigers isn't looking too rosy, but a stocked farm system gives fans plenty of hope for the future. 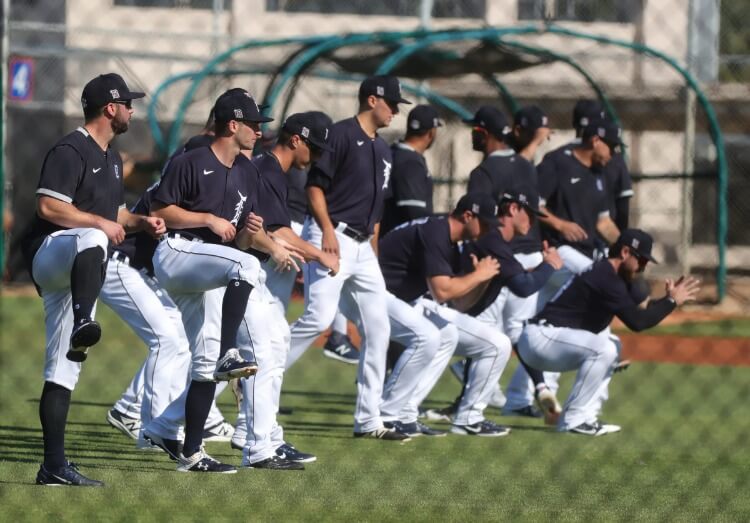 There’s good news and bad news for the Detroit Tigers heading into the 2021 season.

Let’s start with the bad: This team is not good. Don’t shoot the messenger here, as the sportsbooks are in firm agreement. The Tigers’ odds to win the World Series — something they haven’t done since 1984 — range from a low of +8000 on BetMGM to +10000 on FOX Bet, FanDuel, PointsBet, and Barstool.

Over at DraftKings, the odds of the Tigers winning the AL Central aren’t much better, at +4000. And their win total? A meager 68.5.

But it can’t get worse, right?

At this early date, DraftKings has the most robust player prop pool of all the sportsbooks. From home runs to hits, wins to stolen bases, there are plenty of pre-season options to wager on. Unless you’re a Tigers fan, that is, where the only player prop listed on DraftKings is for pitcher Matthew Boyd, who is +6000 to lead the league in strikeouts. And while Boyd is certainly not the favorite in that category, it is worth noting he punched out over 11.59 batters per nine innings in MLB’s last full season in 2019, which is a shade more than strikeout favorite Gerritt Cole (+450) whiffed in last year’s COVID-shortened season.

Boyd is expected to lead the rotation, with the good-and-getting-better Spencer Turnbull serving as the No. 2. Not exactly Spahn and Sain, but the Tigers will probably still be hoping for rain with the back end of their rotation, which consists of Michael Fulmer, Jose Urena, and Julio Teheran.

To be fair, this is not the worst lineup in Major League Baseball — there is pop up and down the order — but there is little to no speed and the highest projected OBP belongs to Grossman at .349. To give some idea of how lousy that is, .349 would’ve been the 55th highest OBP in all of baseball last year. Bottom line: Hard to score runs without baserunners.

Plenty of ‘Tork’ for Detroit

But good news awaits, all of it on the farm. In fact, the Tigers have five of the top 38 prospects in all of baseball, according to Fangraphs’ most recent ranking. Even better news: They’re all expected to be in the big leagues no later than 2022. They are:

Now, obviously, there’s no such thing as a can’t-miss prospect, but Torkelson looks to be about as can’t-miss as can be, and Manning has the looks of a future No. 1. And if the other two pitchers can shore up the back end of the rotation, and Greene becomes an OBP machine at the top of the order, well … well, next year’s preview of the Detroit Tigers might start with good news.