Could Denny McLain Be A Candidate For A Ceremonial Sports Bet In Detroit?

If and when Michigan legalizes sportsbooks, could the last 30-game winner in MLB history, one with a gambling past, be a ceremonial bettor? 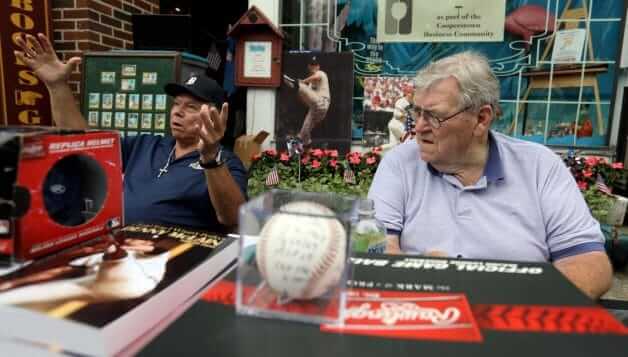 As the state of Michigan continues work on potentially legalizing traditional sports wagering for the Detroit commercial casinos, as well as the tribal casinos sprinkled around the state, some former regional sports icons have been back in the spotlight of sorts as legal sportsbooks look for folks to place their ceremonial, and highly-publicized, first 100% legal bets.

Earlier this month, Horseshoe Casino Southern Indiana Casino tapped former Green Bay Packer great Paul Hornung to place its first bet. Hornung, a native of nearby Louisville, Kentucky, is a member of the NFL Hall of Fame, despite once being suspended for gambling on football. Hornung’s scandal, which occurred in the 1960s, ultimately didn’t tarnish his reputation.

However, one could say that, to date, Hornung is the ex-sports star turned ceremonial first bettor that is the closest to controversial. It appeared to be a wise move for the Horseshoe Casino, as Hornung’s appearance at the new sportsbook grabbed some national headlines at a time when retail sports wagering is becoming increasingly commonplace and openings are relatively uneventful. Or at least uneventful compared to the way they were in the immediate wake of PASPA’s overturning by the U.S. Supreme Court in May 2018. Plus, online/mobile sportsbooks are where the real action is.

The question posed here is: Should future legal sportsbooks push the envelope on ceremonial first bettors to grab eyeballs in the nascent U.S. sports betting landscape?

Over at US Bets, there’s an argument for Pete Rose placing a ceremonial bet if and when Cincinnati gets a legal sportsbook (Ohio is still mulling it over). Arguably no other athlete is as synonymous with gambling, albeit illicit gambling at the time, than MLB’s all-time hit king. Coverage of Rose placing a sports bet in his hometown likely would dominate local media and grab attention far outside southwest Ohio.

Could a controversial baseball legend with a history of gambling be an option for a Detroit casino?

Denny McLain remains the last pitcher to win 30 games. He went 31-6 in 1968. He grabbed AL Cy Young and MVP honors that year, and the Tigers went on to win the World Series against St. Louis. It was the pinnacle of his career. He won 24 games the following year, but then never won more than 10 again.

Still, McLain is part of baseball lore — and if a pitcher ever is on the verge of hitting the 30-win mark again, McLain’s name will be on everyone’s mind. When he reached 30 wins in 1968, he was the first pitcher to do so since 1934. Two years later, in February of 1970, then Commissioner Bowie Kuhn suspended him until July for his involvement in bookmaking activities in Michigan. At the time, it was considered the “worst blight suffered by baseball” (per the AP) since the 1919 Black Sox scandal, though McLain’s mob-linked gambling activities apparently weren’t found to have impacted the integrity of baseball games.

Arguably the worst of McLain’s troubles came after his last season in 1972, which was tragically just four years after his magical season that hasn’t been replicated since.

Years later, he moved to Florida, and according to ESPN, that’s when he fell into hot water with the law.

“[He] became a partner in First Fidelity Financial Services, rumored to be backed by the Mafia. In 1985, McLain was found guilty of federal charges involving racketeering [involving gambling], extortion and narcotics and sentenced to 23 years. In 1987, his convictions were overturned due to procedural violations. When the government re-indicted him, he pleaded guilty. He received a 12-year sentence, but the feds let him off with five years probation and time served, so he was free. Returning to Detroit, McLain was a hit as a radio talk-show host. That wasn’t good enough for him.

“In 1994, he and some associates bought a Chesaning, Mich., meat-processing company that went bankrupt two years later. He and an associate were indicted for looting the company’s pension fund of $12.5 mm. Convicted in December 1996 of conspiracy, theft, money laundering, and mail fraud, he was sentenced to eight years. McLain served more than six years in the McLean Federal Correctional Institution in Bradford, Pa., until he was released in 2003 and transferred to a halfway house in Detroit.”

A Detroit sports blogger wrote in 2018 that McLain’s crime is still remembered in Chesaning:

“McLain, though he continues to deny it, cheated people in that burg out of their hard-earned pension money when Denny helped drive Peet Packing, which was Chesaning, into the ground in the early-to-mid 1990s. There are still people in Chesaning who would like five minutes alone with Denny, and if they had their way, they’d have about four minutes and 58 seconds to spare.”

Too controversial for a sportsbook?

There is, of course, no shortage of former Detroit sports stars to choose from if you’re a book looking for a ceremonial wager. State officials involved with the process of legalizing sports wagering also make good candidates for a made-for-media inaugural wager.  Governors have also made bets in some states.

While Rose and Hornung have gambling related scandals in their past, McLain arguably would be far more controversial because of his stints behind bars. However, it’s been nearly 20 years since he served his time. The former MLB superstar is 75 years old and he’s reportedly made a quiet life for himself these days in Michigan. He’s been involved with writing and other media work, including a podcast, in recent years.

Last year, McLain did an interview with AARP.org, saying of his current life: “I work every day. I’ve got a very sick wife who I take care of the best I can. I do a lot of sports memorabilia shows. I’m always looking to speak at a dinner — that’s my schtick. I enjoy life today as much as I did when I was 24. This year I am being roasted by the Polish American Club in Detroit. There’s enough material on me for that to last two days.”

He said of his downfall after baseball:

“When my baseball career ended, I was at a loss in many ways. History accurately depicts a guy that was out of control. I went through money like it was water. Looking for opportunities, I got involved with people I should not have. I paid the price in more ways than one. I hurt my family in numerous ways. I am sorry, very sorry. But I cannot change the past.”

The times are changing, as underground bookmaking is now being replaced by regulated sports betting. While one could easily argue that McLain’s criminal past should disqualify him from any involvement, even superficially through a ceremonial bet, with a legal sports wagering industry, he could serve as a reminder that bringing the activity out of the shadows is best for everyone, including Major League Baseball.

Assuming he’s even interested, it would be up for a book to decide if McLain is worth the gamble.