Cade Cunningham Brings Excitement And Hope To The Detroit Pistons

With the addition of the No. 1 draft pick, the rebuilding Pistons look to begin return to prominence 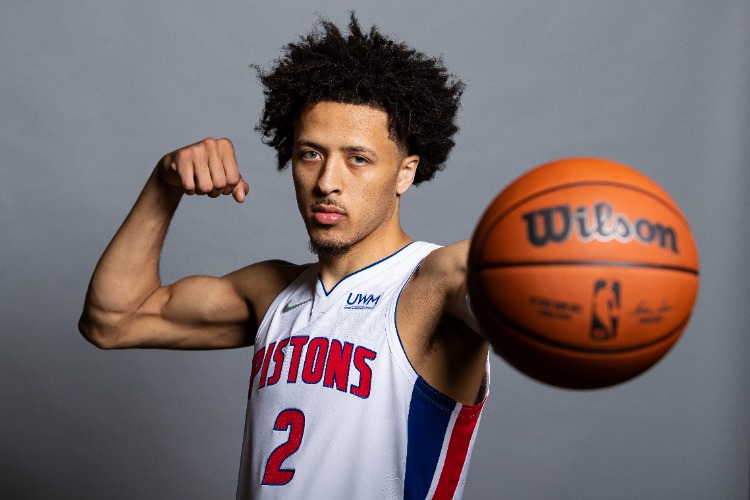 Don’t look now, but the NBA season is coming sooner than you think.

In fact, preseason games tip off Sunday afternoon, though the Detroit Pistons won’t take the court until Wednesday at home against the San Antonio Spurs.

Two short weeks later, the Pistons will begin their regular season campaign at home against the Chicago Bulls, with Detroit listed as a consensus 2.5-point underdog.

And that’s one thing the Michigan sportsbooks expect plenty of this year: the Pistons being underdogs. The team’s season-long win total over/under sits at 25.5 (at -110) on DraftKings Michigan. That’s the third-worst number posted, better than only the Orlando Magic (22.5) and Oklahoma City Thunder (23.5).

But while the team isn’t expected to perform so well, at least there is, for the first time in years, a legitimate sense of excitement surrounding the franchise, mostly due to No. 1 pick Cade Cunningham.

And it’s not only because Cunningham has a chance to be a true generational talent, but also because he is genuinely thrilled to be playing in Detroit.

“I love Detroit. I’ve already been listening to Detroit music — way before the lottery,” Cunningham said days before the draft. “It’s a city that has a lot going on, and getting the sports team rolling will be huge for the city.”

The sportsbooks also love Cunningham, installing him as the favorite to win Rookie of the Year honors, with the best odds landing at +260 at Caesars Sportsbook.

The Pistons also brought in Kelly Olynyk to replace Mason Plumlee, and the team welcomes back a young core that includes last year’s first round picks Killian Hayes, Saddiq Bey, and Isaiah Stewart.

In addition to Olynyk and the three first-rounders, the Pistons will be trotting out Jerami Grant again on a nightly basis, a year after the veteran went from role player to superstar.

Overall, the team is young — its oldest player is 30 — and while there should be growing pains, it’s not so far-fetched to envision a scenario in which the team jells quicker than expected, Cunningham immediately proves himself the real deal, and the team flirts with .500.

Maybe they won’t catch the Milwaukee Bucks, but if you think the Pistons have a second-place Central Division finish in them, the Bucks-Pistons combo at 1-2 in the division can be had for +8000 on DraftKings.

For those feeling particularly frisky (or bonkers), the Pistons are +50000 to win the NBA title at BetMGM Sportsbook Michigan, BetRivers Sportsbook, and Caesars, and +30000 to win the Eastern Conference on DraftKings.

To win the Central? Try +15000 on BetRivers and DraftKings.

To simply make the playoffs, the Pistons can be had for as much as +2000 on PointsBet Michigan.

On the individual player prop side, there’s not much to look at outside of Cunningham’s ROY prop. When it comes to the MVP race, the good news is three Pistons are listed. The bad news? They can all be had for +50000 odds. They are Grant, at DraftKings and PointsBet; Bey at BetRivers; and Cunningham at Caesars.

The Cunningham MVP odds demonstrate the need to ABLS — always be line shopping — as his MVP odds are listed at +19000 at FanDuel.

New to sports betting? Try the WynnBet promo code Michigan to get started.