Detroit Lions Kick Off The 2021 NFL Season As Home Underdogs Vs. 49ers

It's clear oddsmakers don't have high hopes for this year's squad, nor should they 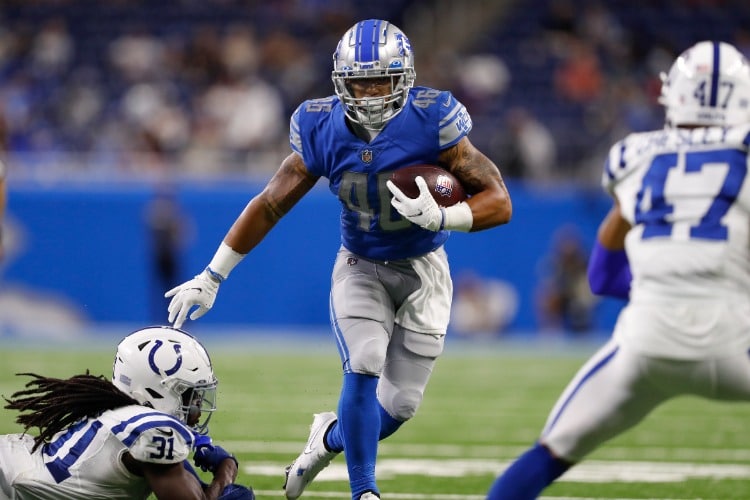 The Detroit Lions begin their 2021 campaign at home Sunday against the San Francisco 49ers. If you think the oddsmakers have it all wrong, the best moneyline odds of a Lions victory can be found over at FanDuel, where they’re +295 to win. If you’re looking to take the 7.5 points, Barstool, BetRivers, Unibet, and TwinSpires are the places to go with their juicy -105 lines.

But uh … well, come on. This Detroit Lions team — at least from this writer’s perspective — has taken two steps back and zero steps forward as we head into the new season.

Of course, there’s a new coach in town, Dan Campbell, who is bringing some grit to the team, which is nice. Remember his big quote from his introductory press conference? The whole kneecap-biting thing?

And while everyone loves a good kneecap-bite, Campbell’s view of what a team should look like feels like a winning formula — as long as it’s 1953.

At the same press conference, he was asked about the importance of a franchise quarterback. His answer was practically prehistoric.

“I think the short answer to that is no, but I think your odds go way up of having success when you find one of those guys,” he said.

Truthfully, when Goff struggles this year, it’s going to be hard to blame him. Again: Tyrell Wiliams, Kalif Raymond, and Amon-Ra St. Brown are not exactly going to keep defensive coordinators up at night.

All right. All this bad stuff. There are some bright lights, right? How about tight end T.J. Hockenson? He’s awesome, and he should get even better this year. Also, the offensive line is ranked 10th by Pro Football Focus entering the year, and they’re a young bunch, so there’s hope the braintrust can build an offensive powerhouse around them … someday.

The team already has a firecracker in Swift — who scored 10 touchdowns on only 160 touches last season. On many other teams, Swift would be the centerpiece of the offense. But based on quotes from Campbell and offensive coordinator Anthony Lynn, Swift is going to be, at best, sharing the backfield with Williams. That just seems like a bad idea.

On the defensive side of the ball, the Lions are #notgood. There’s a new regime in town, so maybe they’ll get better, but egads: Not good. Opposing quarterbacks threw for a 118.4 passer rating against them last year, according to Pro Football Focus. To give some idea of what that means, Patrick Mahomes’ passer rating was 108.2. Again: Egads.

Long story short? The 7.5 points the 49ers are laying Sunday might not be enough.

Here’s a trio of other might-be-worth-it bets:

If you think the Lions will be playing catch-up all day, the over 33.5 pass attempts for Goff prop looks tasty at -110 at Caesars, as does Goff’s passing yardage number, 224.4, at -115 on PointsBet.