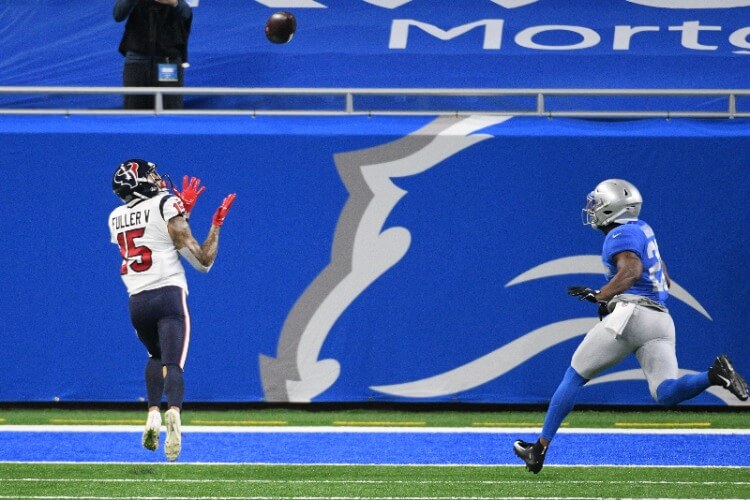 Yeah, so, uh … the 2021 season for the Detroit Lions is not going to be easy. Maybe the best course of action for fans will be to scout out quarterbacks like Spencer Rattler of Oklahoma, or maybe Sam Howell of North Carolina. Or maybe Malik Willis of Liberty or Kedon Slovis of USC. Why scout ‘em? Because one of them is going to be on the Lions next year. For sure.

Bottom line? Yes, sure, “any given Sunday” and all that, but the Lions sure are shaping up to have a tough go of it in the upcoming NFL season, especially after taking a gander at the schedule.

They kick off at home against the San Francisco 49ers, a much more talented team.

It doesn’t get easier.

At Green Bay is next, followed by a home game against the Baltimore Ravens.

From there, a bye week.

Pausing for a moment, if this schedule seems tough, it’s because it is. In fact, according to Warren Sharp at Sharp Football Analysis, the Lions have the fourth-toughest schedule in the NFL this year.

using the first viz, you can filter by week to see which team has the…

toughest start to the season (PHI)

This is a brutal schedule. The AFC North is their inter-division opponent, their “extra” game has them going to Denver, their division-mates are no pushovers, they have to play in Seattle … tough, tough, tough.

Right now, the Lions over/under on wins is set at 5 across the sportsbook landscape, with the best bet on the “under” over at DraftKings at +107 and the best bet on the over at +100 at FanDuel. (Which is actually a not-terrible arbitrage opportunity.)

Meanwhile, they have been installed as 7.5-point home dogs against the 49ers on that opening weekend of action.

Of course, it’s not all doom and gloom in LionsLand. The team has a profound talent in running back DeAndre Swift, and it just drafted Penei Sewell, who many analysts see as a true generational talent on the offensive line.

They have two first round picks (their own and the Rams) in both the 2022 and 2023 NFL drafts, and new head coach Dan Campbell is a teeth-kicking, knee-biting maniac. He’s a perfect fit for the city.

Of course, there’s the issue of Jared Goff at quarterback, a wide receiver corps that is probably the worst in the league, and a defense coming off a horrendous year in which it finished last in yards allowed per game.

This is almost certainly not going to be the year the Lions make it back to the playoffs. Expect that drought to tick into a fifth year (and let’s not even talk about winning a playoff game, which hasn’t happened since 1992).