Sportsbooks Shorten Up Some Lions Odds After Schedule Release

With one of the easier schedules on the board, some odds have shortened up for the Lions 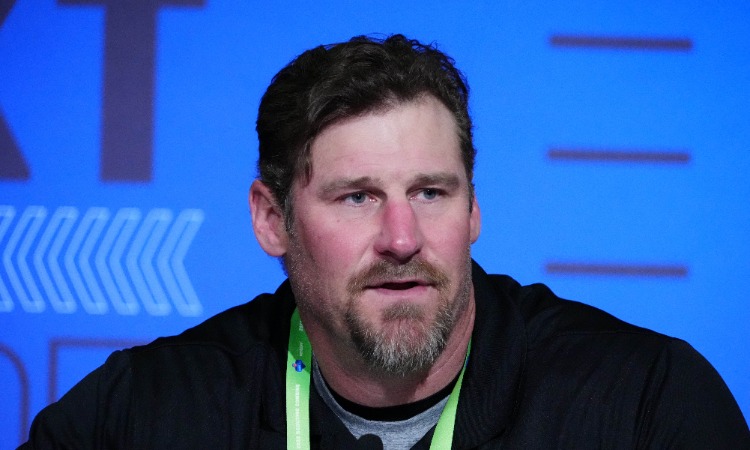 The Lions are the only team in the NFL to not have a prime-time game on the schedule for 2022. In fact, every game on the Lions’ schedule — outside of their annual home Thanksgiving Day game, this year against the Buffalo Bills — is (a) on Sunday and (b) scheduled for 1 p.m.

NFL schedule Twitter new low is debating whether or not noon Thanksgiving counts as a prime time game for the Lions. Go touch some grass people c’mon

Furthermore, the team won’t be doing a whole heck of a lot of traveling. In fact, the furthest west they’ll be headed is … Minneapolis.

So maybe, just maybe, this Lions squad — with plenty of rest and consistency in the schedule — will rise a little higher than the sportsbooks think.

And in fact, the Lions odds have moved, slightly, even in the last few weeks. For instance, the shortest Super Bowl odds for the team three weeks ago was 125/1 at BetRivers Sportsbook; now, they are 100/1 at FanDuel Online Sportsbook (although you can still get them at 150/1 at DraftKings).

Their odds to win the NFC haven’t budged — as low as 50/1 at BetRivers, as high as 70/1 at Caesars Sportsbook and PointsBet Sportsbook Michigan.

To win the division? Those moved, as previously BetRivers was the shortest at 10/1, but FanDuel now has the team at +850 (though, again, line shoppers will note PointsBet has the best bang for the buck at +1200).

One place, however, where the Lions are getting a little steam is in the Coach of the Year market, where Dan Campbell has seen his odds tumble down to +2000 on DraftKings (from +3500 a few weeks ago). Clearly, bettors in that realm are thinking the Lions might surprise, which would (perhaps) make some of the current prices in other markets bargains.

As for the schedule itself? Not bad, at least according to Warren Sharp at Sharp Football Analysis. He has the Lions with the fifth-easiest schedule on the board.

Detroit Lions 2022 schedule analysis: The Lions have one of the easiest schedules in the NFL this season, but it doesn't come without pitfalls, including a slew of potential cold-weather games and two sets of road back-to-backs https://t.co/DaIyzrEZRA via @freep

Easy? Hard? You make the call, as the team opens up with a pair of home games: First up are the Philadelphia Eagles on Sept. 11, followed by the Washington Commanders on the 18th.

From there, it’s a visit out “west” to the Minnesota Vikings on the 25th, and then a return trip home to face the Seattle Seahawks on Oct. 2.

Oct. 9 sends the Lions to New England, followed by a bye week and then a trip to Dallas on the 23rd.