The Tigers upset the Astros, who were historic betting favorites at NV and NJ sportsbooks. Was it a missed opportunity for Michigan casinos? 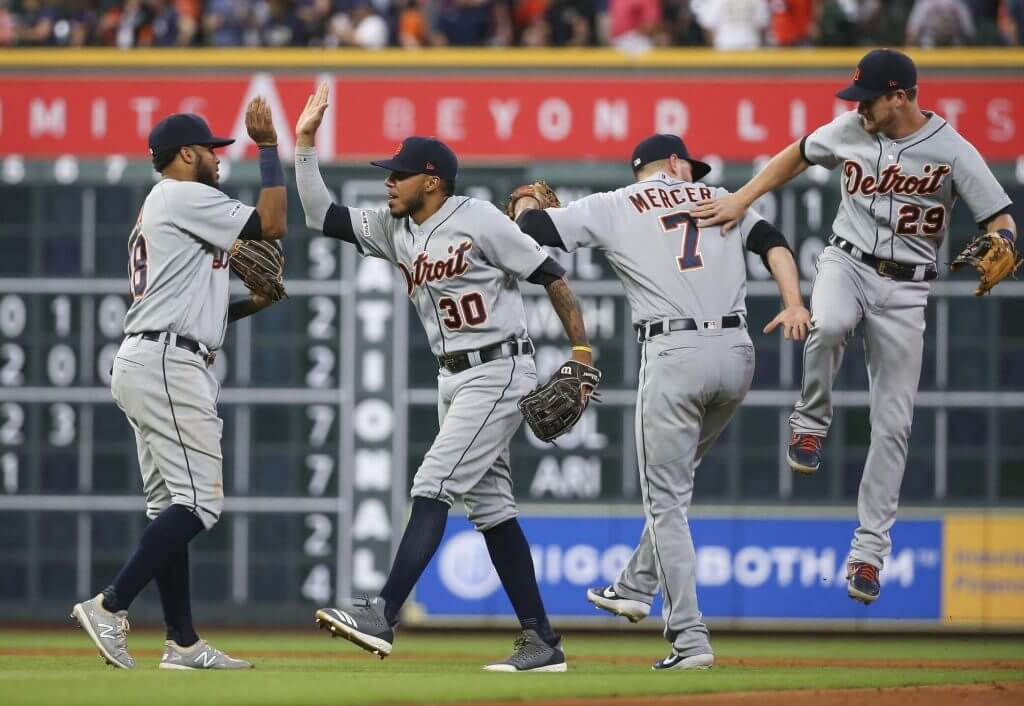 As Michigan lawmakers and other state officials chew on the finer details of legalizing and regulating sports betting, the hometown Detroit Tigers were victors Wednesday night in a historic matchup against the Houston Astros. The Astros, who were playing at home in Texas with former Tigers star pitcher Justin Verlander on the mound, were upwards of -600 to win, an incredible moneyline for a single game. No other team in at least 15 years has been that big of a favorite, per ESPN.

That line translated to a roughly 86% implied probability of the Astros winning the game. The Astros ended up losing 2-1 to the Tigers, who were as high as +485.

Bettors apparently liked the Astros, which pushed the moneyline from an opening of around -420 to as high as -600. Las Vegas books took at least two massive bets on the Astros.

MGM now up to historic -600 price on Astros vs. Detroit Tigers tonight (also seeing -600 at FanDuel in NJ)

It may seem counterintuitive for the sports betting industry, which is now active in 11 states, to make more money off of a big underdog winning, but that wasn’t the case last night. Books reportedly had a much heavier liability on the Astros winning (which included parlays), given a slew of factors including the pitching matchup, the teams’ respective records, and so on.

As @AdamHillLVRJ first noted: Great win, @tigers. But trust me, Vegas sportsbooks — and pretty much all sportsbooks — are pretty happy with that outcome, too. https://t.co/EQquY5K0Kk

What about a sportsbook in Detroit?

It’s safe to assume that the segment of the betting public that would have taken significant action on the Tigers would be, of course, Tigers fans. Fortunately for MGM Grand Detroit, MotorCity Casino, and Greektown Casino, they don’t have sports betting yet, which likely avoided a hypothetical loss on last night’s highly-anticipated ballgame.

The odds likely wouldn’t have been as wide in Detroit as they were in Las Vegas, given the interest in the hometown team. Still, the hypothetical Detroit books would probably have had a rough night relative to their counterparts in Sin City and elsewhere. With that said, last night, and actually the entire series against the Astros, represents another missed opportunity for Michigan.

The Tigers are the worst team in baseball, while the Astros boast the third-best record in the league. Despite the outcome of last night’s game, there’s still lopsided odds and heavy betting.

One bettor at @SuperBookUSA was undeterred by the Astros’ historic 2-1 loss to the Tigers last night.

The historic nature of the series with regards to gambling would have brought flocks of people to the Detroit casino sportsbooks, even non-sports bettors who simply want to watch the game with friends or family who do bet. It would have made Detroit sportsbooks arguably the spot in the city to drink, eat, and watch the games. Casino offerings such as slots and table games could have experienced an uptick in activity as well, thanks to more admissions to the properties.

While online/mobile accounts for about 85% of the total sports betting handle in New Jersey, a percentage that more than likely will be duplicated eventually in Michigan. And when history is on the line the casinos could market that as a reason to visit the retail sportsbook for the atmosphere it would create.

Imagine the frenzy at a Detroit sportsbook when the Tigers homered in the ninth to take a 2-1 lead. It would have been a special event. Sports betting can be a great social experience.

State of the sports betting legislation

Early this year, there was plenty of optimism that Michigan would be able to have sports betting operational in 2019 for the books to benefit from the NFL and college football seasons. That opportunity is quickly slipping away. It appears, at this juncture, that Michigan lawmakers won’t be able to pass a gambling expansion package until around November, or possibly December, as was the case last year. The previous governor ended up vetoing an internet gambling law that would have laid some groundwork for a robust sports betting bill to pass this year.

Assuming Michigan can get it done later this year, there would still be time for legal betting to begin for the NFL playoffs, and also in plenty of time for March Madness. The Detroit casinos would have little trouble opening temporary sportsbooks to take bets quickly after a bill is signed into law and the Michigan Gaming Control Board passes emergency regulations to quickly implement the new statute.

As more and more states wade into the sports betting waters, the gap between retail openings and online/mobile launches looks to be closing. Michigan’s first online/mobile sportsbooks could open in a matter of weeks after the retail books open, possibly in time for the Super Bowl.

Right now, it is known that Gov. Gretchen Whitmer, a Democrat, wants a 15% tax rate on sports betting win, which is relatively high for the industry but not absurd like Pennsylvania’s effective 36% cut. Still, proponents of legal sports betting in Michigan want it around 10%. The good news is that Whitmer’s ideal tax rate and the one floated by proponents in the legislature aren’t too far off.

The situation is much more complicated when it comes to online casino gambling, with Whitmer wanting a tiered tax structure that would apply a much higher state rate than the proposed 8% that was in the legislation that passed both legislative chambers in Lansing last December.