May was another slow month for the Detroit casino market. Will the state be able to cross the finish line for online casino gaming in 2019? 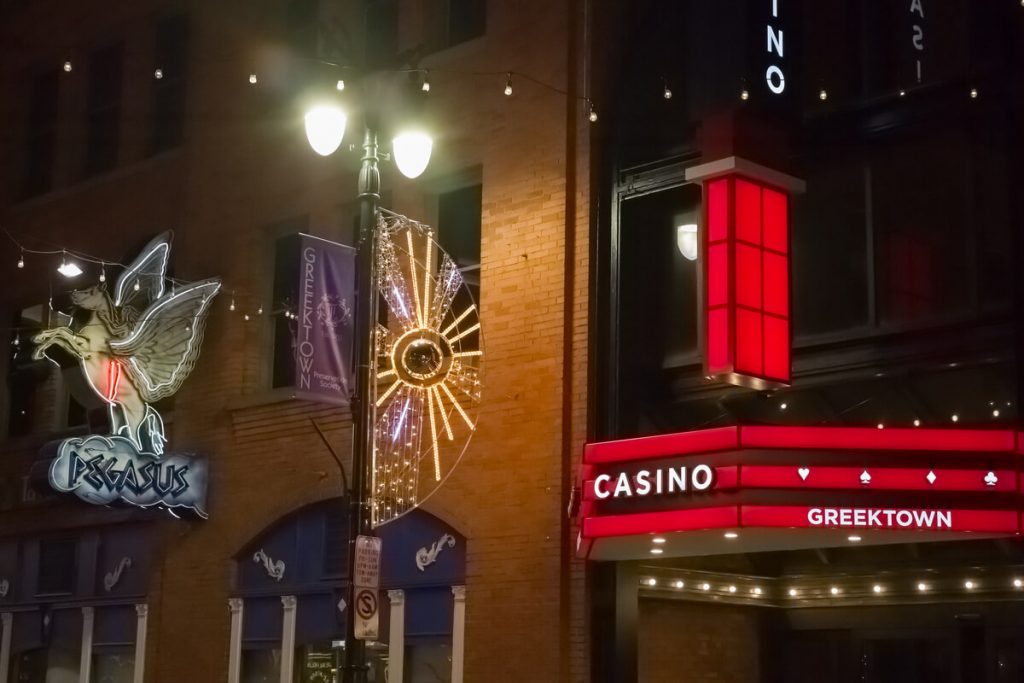 May was a lackluster month for the Detroit casinos.

According to figures made public last week by the Michigan Gaming Control Board, the three commercial properties won $125.7 mm off of gamblers during the month, a 0.9% increase over May 2018. In terms of a month-over-month comparison, the $125.7 mm was a 0.6% increase compared to April.

Through the first five months of 2019, the casinos won 1.5% more than they did during the same time period in 2018. That increase in revenue is below national casino win growth, so it’s really nothing to write home about. The Detroit casino market has effectively been flat in 2019.

In a year-over-year comparison, Greektown led the way in May.

May market shares were:

During May, the three Detroit casinos paid $10.2 mm in gaming taxes to the state. They reported submitting $14.97 mm in wagering taxes and development agreement payments to the city of Detroit during May, according to the Michigan Gaming Control Board.

Online gaming remains up in the air

Michigan was on the cusp last year of legalizing the regulation of online slots, table games, poker, and daily fantasy sports, but the former governor vetoed the legislation on his way out the door (possibly, in part, at the behest of the Detroit casinos). This year was full of promise, given that the legislature acted in a bipartisan way to deliver the online casino gaming bill, which had been years in the making, to the governor. The veto particularly roiled the online poker community.

As we’ve seen play out this year in some states, the commercial casino industry isn’t fond of competition in the world of sports betting. The package of gaming-related bills that the former governor vetoed would have also expanded gambling at the tracks and allowed the DFS giants to potentially get out to a head start of ahead of traditional sports wagering. The DFS companies run dominant online sportsbooks in NJ.

Michigan’s gaming expansion efforts have involved tie-barring bills to each other, so the former governor couldn’t pick and choose which gaming bills to sign.

Michigan has a new governor now. Gov. Gretchen Whitmer, a former state legislator, doesn’t appear to be fond of the online casino gaming bill either. Earlier this month, it was revealed that the Whitmer Administration doesn’t want traditional online slots in Michigan. A proposal from the Michigan Department of Treasury thinks the online gaming offered by the Detroit casinos, as well as the tribal casinos sprinkled around the state, should be confined to poker, table games, and sports betting.

It’s unclear if the Detroit casinos would publicly oppose the bill if online slots are stripped from it.

The argument from the administration is that online slots might take a bite out of the state lottery’s revenues. Whitmer’s squad has been crunching the numbers and is concerned about cannibalization and a reduction of revenues to the School Aid Fund. Proponents of the online casino bill including provisions for slots argue that there’s no threat of cannibalization.

Right now, it appears that Whitmer’s opposition to online slots will delay the online casino bill.

A stand-alone sports wagering bill is expected in Michigan at some point, but it would likely be tie-barred to other legislation as well.

Something eventually has to give in Michigan, given the fact that the Detroit casinos are merely treading water in terms of gaming win. In doesn’t help that Indiana to the south legalized sports betting, including online/mobile betting, earlier this year. The Wolverine State will be losing some sports betting dollars to the Hoosier State in the near future.

The Detroit casino market is one of the more robust gaming markets outside of Nevada, with MGM Grand Detroit being the no. 4 revenue-generating casino outside of NV in 2018, according to the AGA’s annual State of the States report. MotorCity and Greektown are also in the top 20.