Given the rural nature of the state, it makes sense for tribes to take advantage of a digital sports betting. 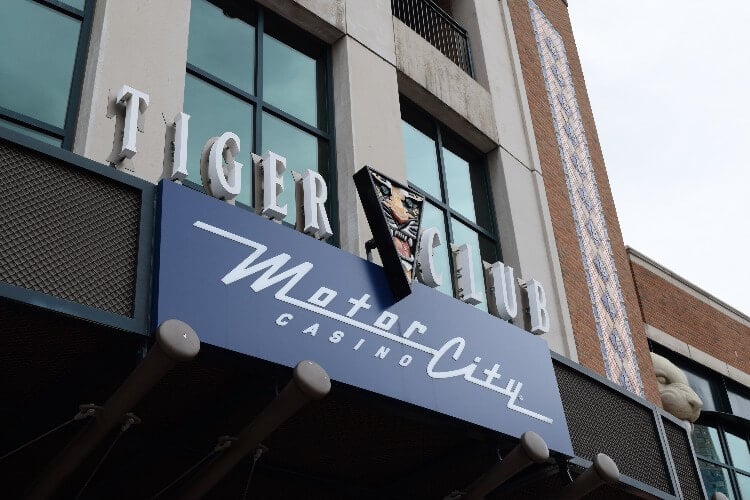 With live, legal sports betting and online casino gaming on the horizon in Michigan, Bay Mills Community Tribal Chairperson Bryan Newland fielded the question everyone in sports betting has been asking — Why did tribes in Michigan agree to a deal in which they are treated like commercial casinos?

“There was just a confluence of interest and everyone saw it as a net benefit,” Newland said during a Global Gaming Expo conference virtual panel on Wednesday. “I don’t know if what we did in Michigan could be done somewhere else. There are only 12 tribes and three commercial casinos. In places like California, where there are 100 tribes, they are going to have to work that out because everyone is not going to benefit in the same way. A rural state like New Mexico, it might make sense.”

As the Michigan Gaming Control Board moves toward launching online/mobile operators in the next two or three months, all eyes are on Michigan’s tribes, which are the only ones anywhere in the U.S. that have agreed to be regulated by the state. The tribes will pay taxes, just like commercial casinos, and are subject to the same rules as the three commercial casinos in Detroit.

Sports betting and iGaming were legalized in Michigan in December 2019. Some retail sportsbooks around the state are already open, and the MGCB is aiming to have iGaming and digital sports betting live as soon as the end of the year, or in January 2021.

Newland was participating in the G2E panel titled “Sports Betting and Tribal Gaming: The Year It All Came Together,” along with Matt Morgan, the executive officer of Gaming Chicksaw Nation Department of Commerce in Oklahoma, and Aurene Martin, a managing partner at Spirit Rock Consulting. National Indian Gaming Association Executive Director Jason Giles was the moderator.

Newland, who has previously spoken openly and easily about the Michigan tribes’ decision, said that the choice to work with the the MGCB and commercial interests was something of a no-brainer, given the location of most tribes in relation to Michigan’s biggest city. There are three commercial casinos in Detroit, and all have partnered with major sports betting operators — Barstool Sports operates the retail sportsbook at the Greektown Casino, BetMGM operates the retail sporstbook at the MGM Grand, and FanDuel operates the retail sportsbook at the MotorCity Casino Hotel. All three opened in early March, just days ahead of sweeping COVID-19 restrictions and the postponement of major professional sports.

For Bay Mills, Newland said, partnering with a major national player was of paramount importance.

“We made a conscious decision to target a brand with a big name,” Newland said. “We really sought out DraftKings, and the connection was made through mutual friends, and we really hit it off.”

Model could work in New Mexico, Wyoming, other rural states

The Bay Mills Community is located on Michigan’s Upper Peninsula, 400 miles north of Detroit and 450 miles east of Minneapolis. It is remote, and without a key partner would have had little chance of capitalizing on any kind of meaningful revenue streams from sports betting or iGaming. That makes the tribe similar to those in rural states like New Mexico or Wyoming. In New Mexico, the Santa Ana Star became the first to offer retail sports betting in October 2018, and the Hilton Buffalo Thunder Sportsbook, The Sportsbook at the Inn of the Mountain Gods, and the Isleta Resort and Casino Sportsbook later followed suit. In Wyoming, the Northern Arapaho Tribe recently announced plans to offer sports betting.

"The state has no regulatory authority over us when it comes to gaming." — Northern Arapaho Business Councilman Stephen Fasthorse. https://t.co/uXnLGZ1jOL

“We’re in northern Michigan … and we’ve been looking for a way to compete on a more level playing field so that our location isn’t a factor,” Newland said. “Here in MI, we’re just getting ready to launch online sports betting/iGaming and we’re going to do that as a commercial operator. We’re a long way from anywhere, so having a chance to reach players over the internet allows us to [mitigate] our location.”