Champ’s Pub In Brighton, Michigan Gets The Barstool Fund Bump During COVID-19

Champ's Pub in Brighton was struggling due to the coronavirus, then they applied for help with the Barstool Fund. 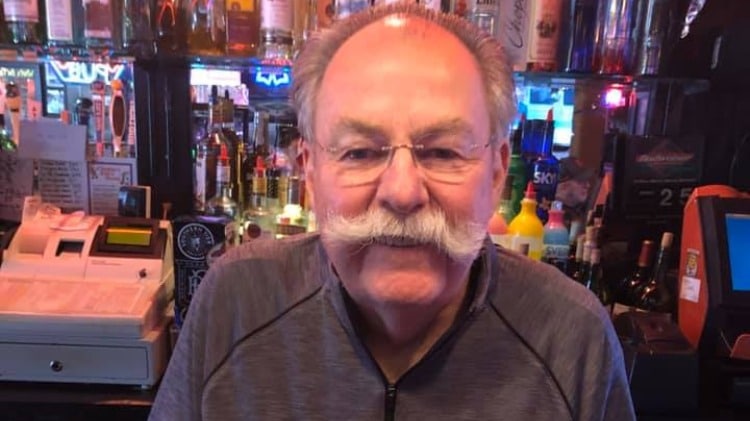 The hamburger at Champ’s Pub in Brighton hasn’t changed in 39 years, according to the longtime owner, David Beauchamp.

“It’s called the ‘ground round,’ and it’s the exact same product, the same butcher shop, the same local butcher, the same bun, the same cheese,” he said. “Over the years we’ve added buffalo, boar, venison, garden, turkey, but yes, the original is the same. Exactly.”

Another thing that hasn’t changed at Champ’s since Day 1? Beauchamp’s mustache.

“I haven’t seen my upper lip since 1970,”  he said. “That’s when my number got called. My birthday was the first number pulled in the first lottery for the draft. I did basic training at Fort Leonard Wood in Missouri and was in the Michigan National Guard for six years. But right after I got out of basic training, I started growing it again.”

So to be clear: Champ’s Pub is a throwback, in almost every way.

“We got the video your son put together, you’re ranting and raving how good this burger is, how you haven’t changed it … the mustache … something like that, you can’t let go out of business,” Portnoy said in his FaceTime call to Beauchamp, letting him know he was now part of the fund.

And just like that, Beauchamp was able to put his worries aside, was able to put the Michigan ban on indoor dining — and the economic troubles caused by the coronavirus — out of his mind for at least a few moments.

It was Beauchamp’s son who applied to the fund, two weeks ago Sunday.

A week later, they were told Portnoy was interested and wanted the pub to put a video together, which they did the next day.

And a day after that? They got the call.

“It’s really unbelievable what he’s doing,” Beauchamp said. “It’s pretty amazing, saving all these businesses, and to be included in that group … it’s really gratifying.”

A long road for Champ’s

Beauchamp’s entry into Brighton was full of some early hiccups.

“My wife and I had another business, but we lost money,” he said. “And if you want to get into business and don’t have money, you need to find one that has the opportunity to support debt service, and if you’re not a pig, you can do that in this business, if you watch your money. So years ago, my wife had a good job and we had a partner that was going to go in with us on this. But he backed out at the last minute, so it was just my wife and I. We did it on our own. And we’re still married, 47 years later.”

Beauchamp has also become a fixture in Brighton.

And one that will continue for years to come, no doubt helped by the exploits of Portnoy.

“In our short conversation, I had known he went to Michigan, and Brighton is right in the middle between Ann Arbor and Michigan State,” he said. “And so to be politically correct, the sign out front on the north side is green and white, and on the south side it’s maize and blue. Anyway, we’re big Michigan fans — I said to him if he ever has tickets to a Michigan game, he has to let me know because we have a terrific tailgate. I told him to put it on his wall so he doesn’t forget. So I hope he does come to town. It would be nice to meet him in person. He is a bit of a character.”