Cade Cunningham is touted as a generational talent, and he's thrilled to be a Piston -- but it may take a few years for the team to soar 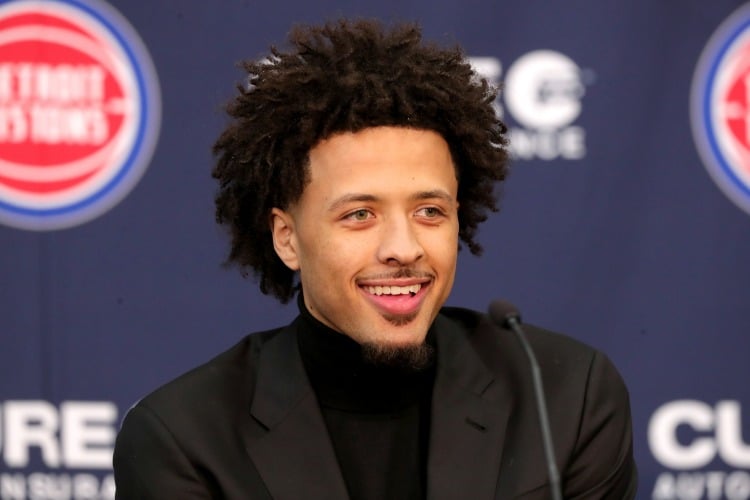 For the first time in a long time, hope exists when it comes to Detroit Pistons basketball. That’s what happens when the franchise not only has the number one pick in the draft, and that number one pick is widely regarded as a potential generational talent, but also because that player — in this case, Cade Cunningham from Oklahoma State — truly wants to play for a franchise that hasn’t won a playoff game since 2008.

“I love Detroit,” Cunningham said during a pre-draft Zoom call with the media. “I’ve already been listening to Detroit music and things like that way before the draft lottery or any of that stuff. I was already hip to the culture in Detroit. If Detroit picks me, that’s the main thing I would try to do, step in and embody the swag that people from Detroit walk with, the people from Michigan in general. They kind of have an underdog, go-get-what-you-want feel to them, and I like that about the city. If I am able to go in there and be like the No 1 pick, I’m going to try to carry that same swag in how I walk on the court and make the most out of wearing red, white, and blue.”

What’s the over/under on how many Cunningham jerseys are going to be seen in and around Detroit over the next few years? Is a million too low?

While sportsbooks aren’t — at least not yet — offering merch props, they are already getting into the Cunningham game. And, as might be expected, he’s the odds-on favorite to take home some iron in the upcoming 2021-22 season.

Best odds for Cade are …

Rookie of the year odds? The best offering is over at PointsBet and Caesars Sportsbook, formerly known as Caesars Sportsbook by William Hill, where you can nab Cunningham at +260 to win the award. He’s the odds-on favorite, with Jalen Green of the Houston Rockets at +475 at Caesars and Evan Mobley of the Cleveland Cavaliers at +550 at PointsBet.

But Cunningham isn’t the only Pistons rookie with posted odds for Rookie of the Year. Second-round pick Luka Garza of the University of Iowa is at +15000 to win the award. And Garza is no slouch, as evidenced by his back-to-back Sporting News Player of the Year honors, the first player to win the award twice in a row since some guy in the 1980s named Michael Jordan.

Talked to a coach who played Luka Garza this year: "We doubled him immediately. Everybody has to. And he has kicked everybody’s rear end…he’s not going to be great (defending) screen-and-roll, but those guys like (Brook) Lopez, the Joker, that’s what they do–they drop and plug."

So why did he fall to the Pistons with the 52nd pick? Scouts cite a lack of speed and an inability to guard any power forward or center with even an iota of burst, but the 6-foot-11-inch bruiser with a decent outside touch was certainly worth the gamble for the team — and might be worth the +15000 odds DraftKings put on him for Rookie of the Year. (OK, fine, he’s probably not worth the +15000 odds, but still: The guy had an amazing college career and scouts have been wrong before.)

The Pistons also grabbed two other second-round picks: at number 42, Isaiah Livers of the University of Michigan, a 3-and-D forward who could instantly become an important role player (and hometown favorite) for the team, and at number 57, Balsa Koprivica, a 7-foot-1-inch center out of Florida State, who seems like a younger version of recently traded Mason Plumlee and, not for nothing, was a high school teammate of Cunningham.

Sportsbooks not sold on Pistons’ postseason

So with the arrival of Cunningham — and with up to about $22 million in available cap space to spend — the Pistons’ odds of making the playoffs for the first time since 2018-2019 must be pretty good, yeah?

Pistons waive Cory Joseph, Deividas Sirvydis, could use additional moves to get to $22 million in cap space. https://t.co/WRVxkbzPXs

Over at Caesars, they’re +25000 to win the Eastern Conference, tied for least likely with the Cavaliers and the Orlando Magic. But with the play-in tournament coming back for the 2021-22 season, all the Pistons need to do is finish 10th to have a shot. And while “to make the play-in game” odds aren’t available yet, know this: The Toronto Raptors have the 10th best odds to win the Eastern Conference, and they’re at +5000. So yes, there’s a chance the Cunningham-led Pistons might somehow find their way into the playoffs.

And if they make the playoffs, DraftKings has the Pistons at +50000 to win the NBA title, in case you like to dream.

Clearly, this is a team that might not yet be ready for prime time, but with Cunningham as the new anchor, it’s equally clear this is a team on the rise.